Looking For The Largest PTU Manufacturer In China?
Contact Us Now!

Why You Should Import Propylthiouracil From Us?

Our pure powder is GMP Approved and suitable for human formulation with a steady manufacturing process.

Technical Document Packages are available for your registration.

A steady stock with prompt shipment after your order.

Order quantity less than 1 standard packing can be arranged such as 5kg, 10kg, 15kg, etc.

Our GMP-Approved propylthiouracil is a white to off-white crystalline powder 99% pure.

It is very soluble in ethanol and acetone (both as 16 mg/ml), but insoluble in water (about 1 mg/ml).

It is used as an antithyroid agent for hyperthyroidism and Graves disease. It is proved to be more effective than methimazole for thyrotoxic crises.

Propylthiouracil vs Methimazole (PTU vs MMI)

At present, oral medicine is still the most basic and common treatment for hyperthyroidism.

It is suitable for patients with mild to moderate thyroid enlargement.

Both propylthiouracil (PTU) and methimazole (MMI) are the mainstream antithyroid drugs (ATD) used in clinics, but how do we choose between those two?

They have similar mechanisms of action:

They can inhibit the peroxidase system in the thyroid and block the oxidation of ionic iodine concentrated to active iodine so that tyrosine cannot be iodinated to hinder the condensation of iodinated tyrosine, then inhibit the synthesis of triiodothyronine (T3) and thyroxine (T4), exerting an anti-thyroid effect.

However, the two have their characteristics in terms of clinical efficacy and adverse reactions.

The dose of MMI 5mg and PTU 50mg are equivalent.

But related studies have found that although the dose is the same, the efficacy is different when it is applied to patients with hyperthyroidism clinically.

Studies have shown that the therapeutic effect of MMI is better than that of PTU.

This may be explained by the following two aspects:

The high molecular weight makes it difficult for propylthiouracil to pass through the placental tissue, and its concentration in breast milk is also very low.

This is its advantage; but at the same time, it also affects it.

Absorption in the body and through the thyroid follicular cell membrane to function.

Although large doses of propylthiouracil also inhibit the activity of deiodinase in the thyroid and peripheral tissues, reduce the conversion of thyroxine to triiodothyronine, and reduce the blood triiodothyronine, it cannot completely offset it. Due to the short plasma half-life and large molecular weight.

In general, antithyroid drugs are safe and effective, but their clinical adverse reactions are also common, generally mild, and can recover on their own if the drug can be stopped in time.

However, rare and serious side effects can also occur during the treatment, which may be potentially fatal, so attention should be paid.

The absolute count of peripheral blood granulocytes below 0.5 x 109/L is defined as agranulocytosis.

The incidence of agranulocytosis caused by antithyroid drugs is 0.1%-0.5%.

Most agranulocytosis occurs in the first 3 months of treatment, and some appear 1 year or longer after treatment.

It should be noted that agranulocytosis did not occur in the initial treatment, and it may still occur during retreatment.

The most typical clinical manifestations of agranulocytosis are fever and sore throat and may have infections of the respiratory tract, digestive tract, genitourinary tract, or severe sepsis and sepsis.

If it is determined clinically to use antithyroid drugs, the patient should undergo routine blood tests before medication to make sure that the patient has no other problems, and it can also be compared with the blood routine after medication.

During antithyroid drug treatment, white blood cells should be tested regularly to detect asymptomatic agranulocytosis as early as possible.

If the neutrophils are less than 1.5×109/L, the drug should be stopped immediately.

In the treatment of agranulocytosis, the infection should be actively controlled, combined with granulocyte colony-stimulating factor, glucocorticoid, or lithium carbonate.

It should be pointed out that MMI and PTU have cross-reactions in the adverse reaction of agranulocytosis, so it is not recommended to replace the two.

Both MMI and PTU can cause liver damage, but the liver damage caused by MMI is relatively mild, mainly intrahepatic cholestasis, which usually occurs about 2 weeks after medication;

The main manifestations are elevated bilirubin and jaundice, and laboratory examination.

It can be seen that serum bilirubin is elevated, liver enzymes are mildly elevated, and liver biopsy shows the presence of hepatocyte structure, accompanied by cholestasis in the tubules and mild periportal inflammation.

Liver damage caused by PTU is more serious than MMI, and liver damage mainly occurs in patients treated with PTU, with a general incidence of 0.1%-0.2%, mainly liver cell damage.

Most of which appear in the initial stage of PTU treatment, after taking the drug for 1-2 months.

It should be noted that 30% of patients treated with PTU will have a short-term acute increase in ALT, which can be as high as 1.1-6.0 times the upper limit of normal.

This increase in ALT can subside while continuing the medication.

The mechanism of liver damage is unclear, and it is generally believed to be related to the body’s heterogeneous reactions.

The incidence of severe liver damage caused by antithyroid drugs is very low, and there is no predictor.

It is recommended to test liver function before treatment with antithyroid drugs.

If ALT or serum bilirubin is slightly elevated, it is recommended to use hepatoprotective or anti-jaundice drugs at the same time as antithyroid drug treatment;

if ALT or serum bilirubin is significantly elevated, it is recommended to treat liver protection or anti-jaundice first.

After the indicators improve and become slightly elevated, anti-thyroid medication is performed, and the liver function should be continuously observed.

If liver damage occurs after antithyroid drug treatment, the drug should be discontinued immediately, and symptomatic hepatoprotective treatment should be used.

At present, there is no report of liver toxicity between MMI and PTU.

Therefore, when liver damage occurs with one of these drugs, the other drug can be carefully selected.

Vasculitis is generally rare, and PTU causes more than MMI.

Once vasculitis occurs, the drug should be discontinued immediately, and most patients can recover, but in some severe cases, whether to apply glucocorticoids, immunosuppressive agents, hemodialysis or plasma should be determined based on their clinical manifestations, organ involvement, and antibody titer Replacement and other treatments.

Mainly skin rash and skin itching, the incidence rate is 10% and can be corrected with antihistamine drugs.

If the rash is severe, the drug should be stopped to avoid exfoliative dermatitis.

The incidence of joint pain is 1%-5%. When joint pain occurs, it should be considered a sign of antithyroid arthritis syndrome.

It usually appears within 2 months of antithyroid drug treatment and can be relieved after stopping the drug.

It is recommended to switch to other therapies to treat hyperthyroidism and use non-steroid Symptomatic treatment with anti-inflammatory drugs or glucocorticoids.

The gastrointestinal reaction is one of the minor adverse reactions of antithyroid drugs, and its incidence is between 1% and 5%.

It usually manifests as an upset stomach, loss of appetite, and nausea. Generally, it does not cause serious harm, and only symptomatic treatment is enough.

At present, more than 200 cases of this syndrome have been reported worldwide, and they are more common in Asian populations, especially Japanese.

The syndrome can be seen in patients taking MMI treatment, and there is no report that PTU causes this syndrome.

After stopping MMI in most patients, the condition resolved spontaneously within 3 months.

The treatment method is to eat multiple times a day and avoid high-sugar foods (except when hypoglycemia occurs).

Studies have shown that the application of α-glycosidase inhibitors may reduce the immune response to insulin in the serum after a meal.

Glucocorticoids, azathioprine, 6-mercaptopurine, and other immunosuppressive agents can also be used or plasma exchange to remove antibodies in the serum.

Studies have found that it may be the result of T3emia inhibiting the release of bone calcium, or it may be related to changes in the function of parafollicular cells secreting calcitonin in the thyroid tissue.

Side effects such as methimazole dependence are rare.

Among them, abnormal taste or smell and sialadenitis are only seen in patients receiving MMI treatment.

PTU is preferred, MMI is the second-line choice.

Because of the high ratio of PTU to plasma protein binding, the placental passage rate is lower than MMI, and the amount of PTU passing through the placenta is only 1/4 of the MMI.

MMI may cause fetal skin hypoplasia and methimazole-induced embryonic diseases (including posterior nares), atresia of the esophagus, facial deformities), and other congenital malformations.

MMI preferred in the second and third trimesters

MMI is recommended as the first choice, because PTU has the risk of severe liver damage, including liver failure and death.

Monitor thyroid functions and reduces the drug dose in time.

Check the thyroid function every 2-4 weeks at the beginning of treatment, and then extend it to 4-6 weeks.

3.2 Patients with hyperthyroidism during lactation

The choice of drugs for breastfeeding hyperthyroidism is still controversial.

The 2008 “Guidelines for the Diagnosis and Treatment of Thyroid Diseases in China” pointed out that PTU should be the first choice for the treatment of hyperthyroidism during lactation.

Studies in the past 20 years have shown that the use of antithyroid drugs during lactation is safe for offspring.

The use of PTU 150mg/d or MMI 10mg/d has no significant effect on infant brain development, but the infant’s thyroid function should be monitored.

Antithyroid drugs should be used during lactation.

The mothers who were treated with drugs did not find any complications such as neutropenia and liver damage in their offspring.

Mothers should take antithyroid drugs after breastfeeding, and then take the next breastfeeding at an interval of 3 to 4 hours.

The milk output of MMI is 7 times that of PTU.

The 2012 “Guidelines for the Diagnosis and Treatment of Thyroid Diseases in Pregnancy and Postpartum” pointed out that MMI should be the first choice for breastfeeding antithyroid drugs.

Compared with MMI, in addition to inhibiting the synthesis of thyroid hormone, PTU can also inhibit the conversion of T4 into T3 with higher biological activity in peripheral tissues, so it has a faster onset and can quickly control the symptoms of hyperthyroidism.

Therefore, PTU is the first choice for the rescue of hyperthyroidism, but MMI can be completely replaced when there is no PTU.

How Much Does Propylthiouracil Cost?

The price of propylthiouracil powder depends on several aspects:

Prices with GMP and DMF can be double the raw material price from non-GMP factories.

If you would need it for compounding or making it into tablets or capsules, you must take a GMP source.

Prices from the China GMP factory are around 300USD/kg.

Sources without GMP cost about 180usd per kilo for commercial order quantity.

If you are buying it by commercial order quantity, the unit price will be much lower than if you order it as a trial order.

This is just common sense.

I will give you an example: if you are only buying 1 kilo as a trial order, I am pretty sure it will cost more than 400usd per kilo.

If 99% of common APIs can not meet your purity requirements, say you have requirements on the single impurity as no more than 0.1% and total impurities less than 0.5%, it will cost even more.

Take its reference standard, for example, if you are buying USP RS, the cost is around 400usd for 200mg.

How To Ship and Store Propylthiouracil Powder? 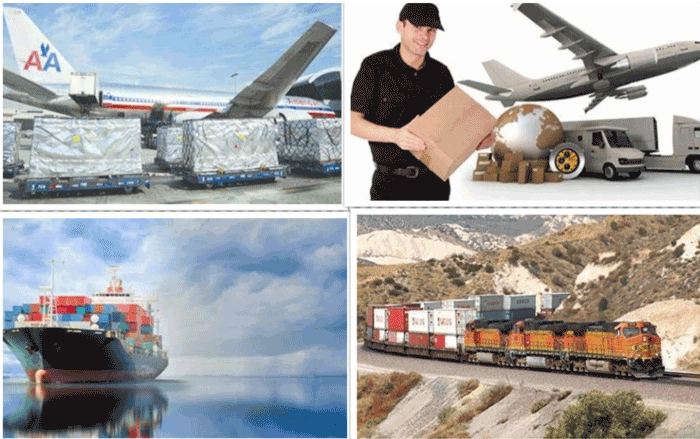 Propylthiouracil powder has been tested and proved to be a safe chemical shipped by air or courier, not to mention shipped by sea or inland vehicles.

It is not flammable, explosive, oxidizing, toxic, radioactive, or corrosive.

No special packings are required for its package.

According to its stability tests, shelf life under room temperature is 3 years when protected from light and moisture, so there is no need for you to ship and store it under low temperatures around 2~8 degrees celsius.

Therefore, you can ship it under normal temperature and just make sure it is well sealed and protected from light and heat during transportation during the storage. 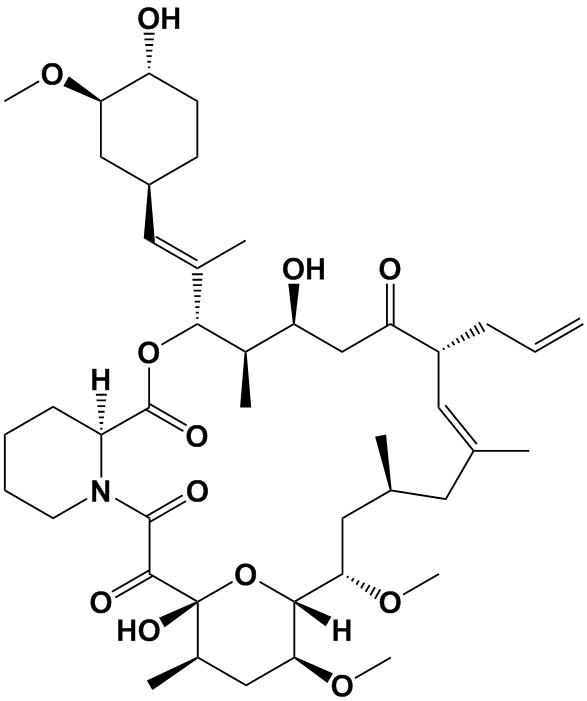 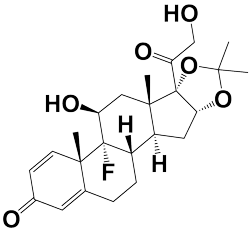